CCSM presents Pope's Message for Peace 2023: "No one can be saved alone"

The Catholic Center for Studies and Media (CCSM) in Jordan is pleased to present, as is the case every year, the message of peace by Pope Francis at the beginning of the New Year 2023, which is the 56th message issued by the Holy See. This year's message is titled, "No one can be saved alone: Combating Covid-19 together, embarking together on paths of peace."

In his message, Pope Francis mentions some lessons learned during the pandemic, which have shaken our ordinary life, turned our plans and habits upside down, eliminated the apparent calm in even the best societies, generated confusion and pain, as well as caused the death of many of our brethren. He says: "After three years, the time is right to question, learn, grow and allow ourselves to be transformed as individuals and as communities. What did we learn from the pandemic? What new paths should we follow to cast off the shackles of our old habits, to be better prepared, to dare new things? What signs of life and hope can we see, to help us move forward and try to make our world a better place?"

The Pope realizes that the greatest lesson that can be grasped is "the awareness that our greatest and yet most fragile treasure is our shared humanity as brothers and sisters, children of God. And that none of us can be saved alone." The pandemic also taught us that "the trust we put in progress, technology and the effects of globalization was not only excessive, but turned into an individualistic and idolatrous intoxication, compromising the very promise of justice, harmony and peace that we so ardently sought. In our fast-paced world, the widespread problems of inequality, injustice, poverty and marginalization continue to fuel unrest and conflict, and generate violence and even wars."

His Holiness the Pope indicates that the experience the humanity grasped during the emergence of Covid-19 reveals that awareness has arisen which calls on everyone, peoples, and nations, to put the word “together” in the center once again, stressing that in fraternity and solidarity we can build peace, ensure justice, and emerge from the greatest disasters. He stated in this regard that the most effective responses to the pandemic came from social groups, public and private institutions, and  international organizations that put aside their particular interests, stressing that only the peace that comes from a fraternal and devoted love can help us overcome personal, societal and global crises.

With this view, Pope Francis calls in his message to take a look at the war in Ukraine, which he earlier described as the new terrible disaster that befell humanity as a result of sinful human choices. It is the war that claimed the lives of innocent victims and spread a state of insecurity all over the world, due to its ramifications with reference to energy prices and the availability of wheat. He says: We were able to find a vaccine for the pandemic, and as for the war, we have not yet been able to find appropriate solutions.

What  is required? and what should we do?

First: The Pope says let us pave the way for the emergency situation that we live through to change our hearts, and let God, in this historic moment, change our usual standards with regards to the interpretation of the world and reality. We cannot think only of preserving our personal or national interests, but rather we must think of ourselves in the light of the common good, and with a collective sense, or as a “we” open to universal brotherhood.

Secondly:  We must not ignore a basic fact, namely that the numerous moral, social, political, and economic crises that the world is going through are all interconnected. So, whatever we view individual problems, we must realize that everyone is the cause or consequence of the others. Therefore, the Pope calls for facing the challenges of our world with responsibility and compassion, and to be encouraged to carry out deeds for the attainment of peace in order to put an end to the conflicts and wars that continue to produce victims and poverty.

Thirdly: We have to take care of our common home, namely the environment, in a practical way by adopting clear and effective measures to combat climate change. We also have to fight the virus of inequality by ensuring food, decent work, and health services for all.

In conclusion, at a time when the CCSM presents the 56th message of peace in the world, it extends--with the start of the New Year 2023--greetings to beloved Jordan in which we live in security and stability, and prays that the souls of the dear martyrs, who gave their lives for the sake of protecting the homeland and the citizens, may rest in peace. We also highly value the efforts His Majesty King Abdullah II Ibn Al-Hussein, the custodian of the holy sites in noble Jerusalem as well as the holy sites in Jordan, the most important of which is the Baptism Site. We also highly value the efforts of His Royal Highness Crown Prince Al-Hussein Ibn Abdullah, the security departments, and everyone who works with sincerity and devotion in order to consolidate national unity and to maintain Jordan as it has always been an oasis of security and stability, as well as a global center for love and dialogue. 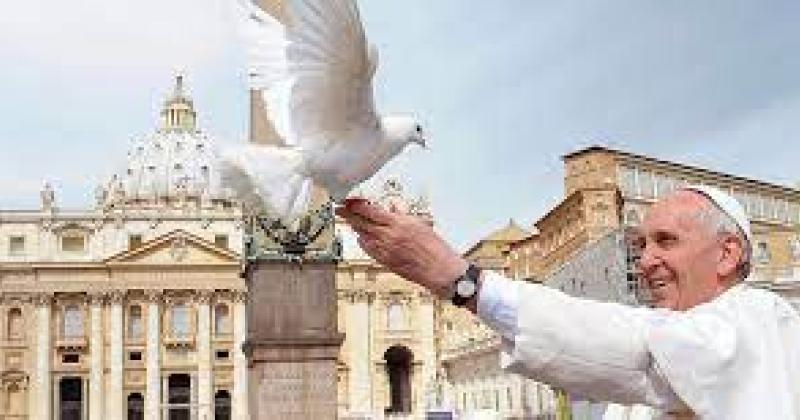