With the world celebrating the start of the new year 2023, the Catholic Center for Studies and Media (CCSM) in Jordan coveys well  wishes to His Holiness Pope Francis, to Latin Patriarch of Jerusalem His Beatitude Pierbattista Pizzaballa, to Latin Patriarchal Vicar for Jordan Bishop Jamal D'aibes, to all clerics and nuns, as well as to the entire humanity.

It is a new year that replaces a year abounding with hardships which afflicted almost all peoples of our Earth leading to instability, wars, violence, social problems, unemployment, poverty, hunger, and climate change, among others.

Will this new year take off the black cloak of misery and hardships with a hope of putting on a white glittering cloak that augurs a radical twist in global events leading to the emergence of real love among the members of the extended global family where peace, common living, respect for human life, and care for the mother homeland prevail?

In 2022, numerous events took place. Here is a bird's eye view on some of the outstanding events that took place at the local and the international levels.

At the local level the Catholic Center for Studies and Media (CCSM) in Jordan continued its vibrant activities at all levels to exude a sense of global peace abounding with calls for common living and brotherhood.

The year 2023 marks the CCSM's 10th anniversary and the 19th anniversary of launching its websites. With the news year, the CCSM continues to proceed with its mission in the service of peace, common living, and harmony with firm steps and determination.

One of the most important CCSM's events in 2022 is that the National Association of Directors of Christian Pilgrimage in France (Association Nationale des Directeurs de Pèlerinages/ANDDP) decided to change its policy in its annual meeting by announcing that it would hold its meetings in 2023 in Jordan. It is hoped that this step will bear fruit and breathe new life into the tourism sector from France to Jordan while stressing that Jordan welcomes positive initiatives with open arms in order to promote religious tourism continuously.

The CCSM also renewed the agreement relevant to media cooperation and partnership with the American University of Madaba (AUM), as part of efforts designed to expand media and cultural cooperation among various local and international institutions, and to enhance the effectiveness of joint cooperation between the various institutions operating under the umbrella of the Latin Patriarchate.

On November 8, 2022 the CCSM held a conference on the lessons the world grasped from Corona pandemic. It was held in cooperation with the Dutch Reform Political Party/ Staatkundig Gereformeerde Partij (SGP) and patronized by Speaker of the Upper House of Parliament His Excellency Mr. Faisal Al-Fayiz.

On May 27, 2022, the CCSM also held a two-day conference titled, "Christians and Christianity in the Middle East, "in cooperation with Konrad Adenaur Stiftung (KAS) office in Amman, during which stress was made on the importance of supporting religious tourism to Jordan in its capacity as a holy land and a historical witness of the Christian presence in the East.

Furthermore, the  CCSM held a seminar on February 3, 2022 titled, "Strengthening Brotherhood Through Art and Culture" at Imseih Hall which is affiliated with the Sacred Heart of Jesus Church in Tla' Al-'Ali marking the World Interfaith Harmony Week and the International Day of Human Fraternity in the presence of the UAE Ambassador to Jordan His Excellency Ahmad Ali Mohammad Al-Balushi, a number of Parliament deputies, Christian and Muslim clergymen, as well as directors of intellectual, cultural, and humanitarian institutions in the Kingdom.

From November 14 to November 21, 2022, His Beatitude Pierbattista Pizzaballa, Latin Patriarch of Jerusalem, made a pastoral visit to the USA to meet the Arabic-speaking communities that have migrated to this country, and to attend the United States Conference of Catholic Bishops (USCCB). He was welcomed by Knights and Dames of the Holy Sepulcher and members of the Arab Christian community of the area. He also visited the Mundelein Seminary of the Archdiocese of Chicago.

Furthermore, among the highlights of the 2022 events is Pope Francis' 3-6 November visit to Bahrain. During the papal visit, the Pope focused on the twin themes of “encounter” and "encouragement" for Catholics in the region. He attended the closing ceremony of the first-ever “Bahrain Forum for Dialogue: East and West for Human Coexistence”, which saw around 200 interfaith leaders gathered to promote fraternity, encountered religious leaders,  and presented a precious step along the path of fraternity and interreligious dialogue.

It is also depressing to report that 2022 witnessed the start of a violent war in Europe between Russia and Ukraine which wreaked havoc in all parts of the world. It had adverse effects on all walks of life causing global hunger, unemployment, as well as a decline and shrinkage of economies in various world countries.

Pope Francis repeatedly appealed for peace in Ukraine, and called on the international community to step back from confrontational rhetoric. He said, “Let us continue to pray for peace in Ukraine and throughout the world,” and appealed to the heads of nations and international organizations to react and help eliminate conflicts and confrontations at the global level. Furthermore, in Pope Francis’ preface to the book “Un’enciclica sulla pace in Ucraina” (“An Encyclical on Peace in Ukraine”, he reiterates the senselessness of war, which, he says “offends the most holy name of God”.

With the turn of the new year, it is time to earnestly ask Lord Jesus Christ to help us not to lean on our own understanding, but in everything acknowledge Him, so that He can direct our words, thoughts and actions. Let us ask Him to help us fight all social diseases including the prevailing pandemic, and let us live according to His will and teachings. 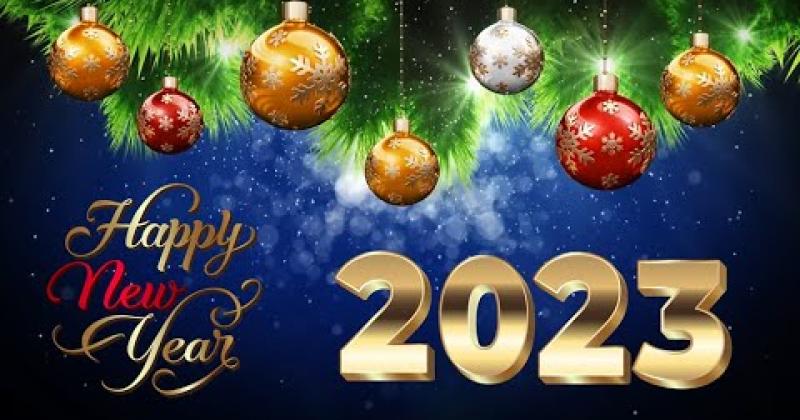