Will July 1 meeting mark the onset of Lebanon's resuscitation?

n a world abounding with bleak news addressing wars, violence, missing people, poverty and unemployment, a glimmer of hope emerged from the Holy See with the descendent of St. Peter, His Holiness Pope Francis, inviting the Christian heads of churches in Lebanon for a meeting on July 1 to discuss the country’s crisis and to help extricate the country from the imbroglio in which it is currently embroiled.

With the emergence of this press report, the Lebanese people have to be rest assured that a solution will be in the pipeline and that Lord Jesus will inspire the Pope and the convening Lebanese Christian leaders on the proper method to be followed in order to cut "the Gordian Knot" and resolve all pending predicaments.

This upcoming meeting has been the focus of attention by analysts and commentators in Lebanon who pinned great hopes for an emergence of an opportunity marking  general reflections on the current situation, on the state of the country in general, and on the Lebanese Christian communities in particular.

In the context, Maronite Catholic Patriarch of Antioch and head of the Maronite Church Cardinal Béchara Bourtos Raï chaired a meeting in Bkerké, at the seat of the Maronite Patriarchate, on Tuesday June 8 with patriarchs and bishops of the Churches present in Lebanon to discuss the issues and problems to be placed at the center of the meeting due to convene in Rome on July 1 in order to reflect in the presence of the main leaders of the Lebanese Christian communities on the deteriorating situation in the country.

The short inter-ecclesial summit was attended by Syrian Catholic Patriarch Ignace Youssif III Younan, the Catholicos of Cilicia of the Apostolic Armenians Aram I, Melkite Greek Catholic Patriarch Youssef Absi and the Greek Orthodox Patriarch of Antioch Yohanna X Yazigi, among others. During the meeting, the deliberations reaffirmed the urgent need to form a new government and to overcome the institutional paralysis in order to deal with the devastating effects of the economic and social crisis which impede coping with the urgent daily needs of the population.

It is also dolorous to learn that hundreds of thousands of Christians are trying to leave Lebanon in the wake of August 4, 2020 explosion and following the successive deterioration gripping the country that affects every walk of life. This raises fears for the future of Christianity in Lebanon.

There are alarming reports which indicate that the Christians feel alienated from their homeland with statistics showing that more than 380,000 requests for immigration have been presented to the embassies of the EU and countries of North America, and that most of them were Christians who unfortunately now feel like strangers in their own home country.

This upcoming meeting is of prime importance  as the situation in Lebanon arouses worry and concern since  it is extremely exigent to restore social peace which guarantees a bright future for the Lebanese, so as to  forestall the impending and irreversible hemorrhage of the Christian Lebanese before it is too late.

His Holiness Pope Francis is the man of peace and of common living. His endeavor to salvage Lebanon complies with Lord Jesus' sublime statement when He said, "Blessed are the peacemakers, for they will be called children of God.” (Matthew 5:9)

Pope Francis, thank you for your perspicacity and courage. May Lord Jesus overwhelm you with His wisdom and reveal to you the right path to follow in order to help the poor people of Lebanon. 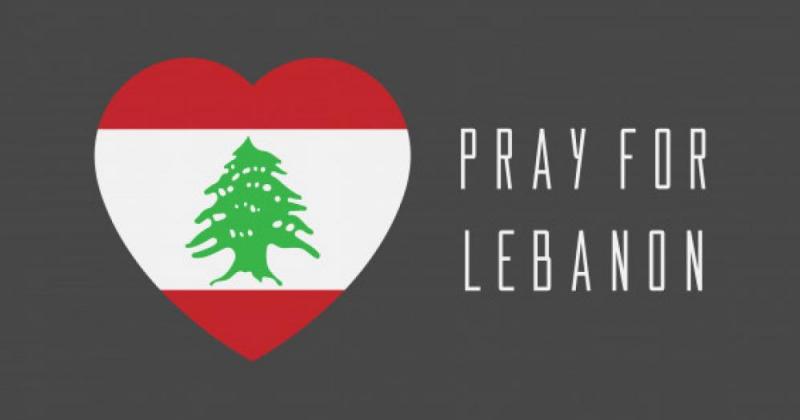