What does the future hold for Lebanese Christians?

Press reports emerging from Lebanon draw a bleak image, as the future hanging in the balance conflates a number of different economic, political, and social problems. The current problems in Lebanon are innumerable incorporating failure to form a representative government, in addition to various social problems related to an apocalyptic slump in the value of the local currency, a spiking of commodity prices, as well as food and energy shortages, and high rates of unemployment estimated at more than 40 per cent.

Lebanon has turned into a country with unbearable problems that drive people into a state suffering from a real via crucis of hopelessness. In the midst of the prevailing harrowing situation, Cardinal Béchara Raï, Patriarch of Antioch of the Maronites, entrusted Lebanon to Saint Charbel with prayers that the Saint's intercession would help extricate the nation from one of the worst crises in its history. He said, "The country is not facing a normal crisis of government, but a systematic crisis that requires concerted efforts by all." He also called for immediate international aid to help people through this time of crisis.

Amidst the current distressing situation, there are press reports about how the Christians of the Middle East are dwindling. Are they going to disappear sometime? Months have elapsed since the outbreak of the Lebanese crisis with authorities hardly inching their way towards a practical solution that would help salvage the Lebanese suffering from a future bereft of optimism.

What is it is dolorous is that the attrition of Lebanese Christians is proceeding at a high rate and that if it continues as such it will cause an alarming irreversible damage. What is worrying is that more than 380,000 requests for immigration had been filed with European and North American countries. With most of them are Christians, this raises fears for the future of Christianity there.  Under such circumstances, there is an exigent necessity is to establish a special fund designed to reverse the hemorrhaging of Christians from their crisis-stricken country. Once available, this fund would help support Christians struggling to maintain their culture by giving a reason to remain in their ancestral homeland which reels from catastrophes and political uncertainty. Christians have been fleeing Lebanon in droves, which includes doctors, teachers, and other important professionals, thus leaving a dangerous vacuum in the health and education systems.

In other words, to forestall the dwindling Lebanese Christians and prevent their disappearance, concrete solutions are badly needed. While the Lebanese really need at present a notion of hope that there is a lifeline to them for the future, this can be fulfilled by establishing a fund that instills confidence the future of Lebanon’s Christian community.

The Lebanese Christians have been serving as a key factor of stability and enlightenment in the region. They played major roles in the progress of their societies in various fields by establishing educational institutions including schools and universities. Such institutions refined their respective societies and entrenched a culture of modern civilization throughout the Middle East.  They also built hospitals and health centers that helped heal the ills thus contributing to the advancement of societies.

All efforts should be activated in order to reverse the attrition of the Christian Lebanese by launching socio-political plans designed to restore confidence in the future of the country as well as  focusing on productive products and ensuring social peace.

It is important at this stage to seek the divine help of the Prince of Prince, Lord Jesus Christ, Who can let immigration taper off, as well as turn evil into goodness, despair into hope, and death into life. We pray saying, "Lord Jesus of refuge, hear our prayers as we hold the people of Lebanon in our hearts at this time. Fill them with compassion and move them to reach out in love. In your mercy, bring comfort to those who mourn, healing to those who are injured, shelter to those who are homeless, and sustenance to those who hunger. Give strength to those who are working to rebuild shattered lives, and protect those who are vulnerable. Lead them in your ways so that together they may bring the light of new hope wherever there is destruction and despair. Amen. 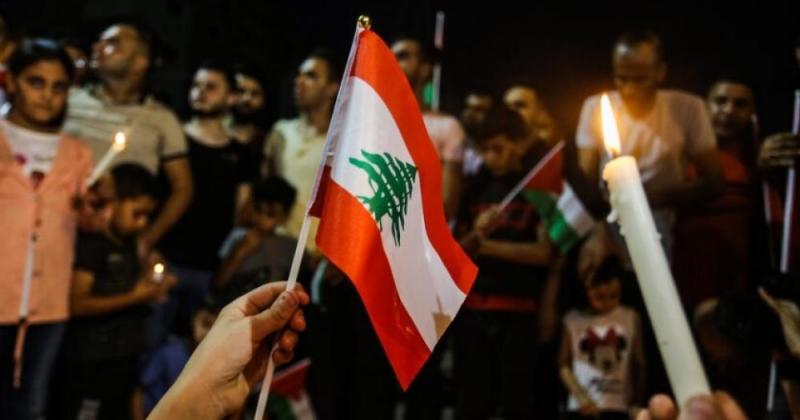