An Amazing Fact: The rich get richer, and the poor get poorer. This is an old truism, but a 2010 study by Norton and Ariely shows that people don’t realize how true it is. Researchers asked more than 5,000 respondents to identify a pie chart that looked like it represented wealth distribution in America. About 90 percent of respondents thought the top 20 percent of society owned 60 percent of the wealth, and most said the bottom 40 percent owned 8 to 10 percent. They were wildly incorrect. The top 20 percent of society actually controls 85 percent of wealth, and the bottom 40 percent—120 million Americans—control only 0.3 percent.

Being wealthy is not a sin, but the Bible does have some strong words for those who have gotten their wealth dishonestly: “The wages of the laborers … which you kept back by fraud, cry out; and the cries of the reapers have reached the ears of the Lord of Sabaoth” (James 5:4). Literally, that last phrase is “the Lord of Hosts” or “armies”—in other words, wealthy oppressors should watch out because the cries of the oppressed have been heard by the commander of a great army.

How does this apply to those who aren’t among the richest 20 percent of Americans? Consider this: Even the poorest five percent of Americans are still wealthier than almost 70 percent of the world population. Do we contribute to the relief of the poor from their oppression? Are we content with what we have or have we been drawn to the “pleasure and luxury” of the rich? After all, James compares their luxury to the fattening of an animal for slaughter and says the inevitable corrosion of their wealth is a “witness against them” (v. 5). How much better it is to store up treasure in the heavenly bank!

The Holy Bible says:
"Lay not up for yourselves treasures upon earth, where moth and rust doth corrupt, and where thieves break through and steal: But lay up for yourselves treasures in heaven, where neither moth nor rust doth corrupt, and where thieves do not break through nor steal: For where your treasure is, there will your heart be also." (Matthew 6:19-21) 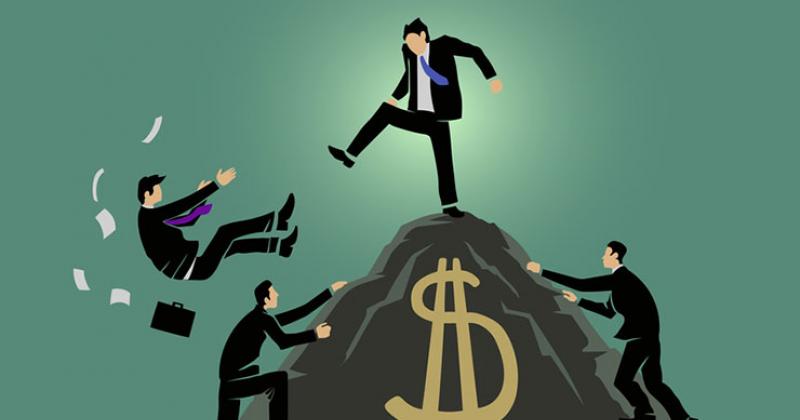