Tourism is the lifeline of Holy Land Christians

"Pilgrims, you are invited to visit the Holy Land."  This has been the renewed invitation by Latin Patriarch of Jerusalem His Beatitude Pierbattista Pizzaballa to the Christians of the world to visit the Holy Land en masse in order to breathe life into the corona-wrecked economy, and to get blessed by visiting the Holy Sites by following in the steps of Lord Jesus.

In a recent interview with Vatican radio, Patriarch Pizzaballa brought good news marking the start of the return of normalcy to the Holy Land and the resuscitation of the badly damaged economies in Bethlehem and Jerusalem.

His Beatitude Patriarch Pizzaballa said, "The return of pilgrims means for Jerusalem to breathe with two lungs again". This statement exudes extreme jubilation, marking an end of a bleak period and the start of a new bright one that brings hope and promising future for an economy damaged by a long period of lockdown caused by the spread of corona pandemic.

In a recent address at a press conference held at the Baptism Site of Lord Jesus Christ, His Beatitude Patriarch Pizzaballa also said, "Religious tourism in 2020 was not normal. It rather hit rock bottom and the pandemic affected the tourism sector in all its aspects. We no longer see the tourists and the pilgrims, whom we usually see in Jordan and in the holy places, nor do we see them in Jerusalem and Bethlehem."

On the other hand, Custos of the Holy Land Brother Francesco Patton had earlier touched on the situation of Christians in the Holy Land, and underlined the need to restore pilgrimage and tourism particularly during summer 2021 since Christians in several areas, including Bethlehem, rely on pilgrimage to the holy sites as a means for eking out a living.  Actually, the decline in the number of tourists visiting Bethlehem wreaked havoc on the economies of Christians who were fretting to get both ends meet.

Patriarch Pizaballa thank you for reporting the revival of tourism to the Holy Land. The good news you have brought brings about hope that the economy in the Holy land is being resuscitated and that a better future is awaiting the region. It is hoped that the stream of pilgrims to the Holy Land will not abate and that Christians from all over the world would feel the need to make a pilgrimage to the Holy Land, particularly to Bethlehem which is urgently needed so as to extricate the Christians living there from the dire economic straits they have been going through.

We pray that genuine peace will soon take place in the entire Middle East region which will serve as an impetus and a motive for Christians worldwide to visit the region and pay special visits to the Holy Sites. 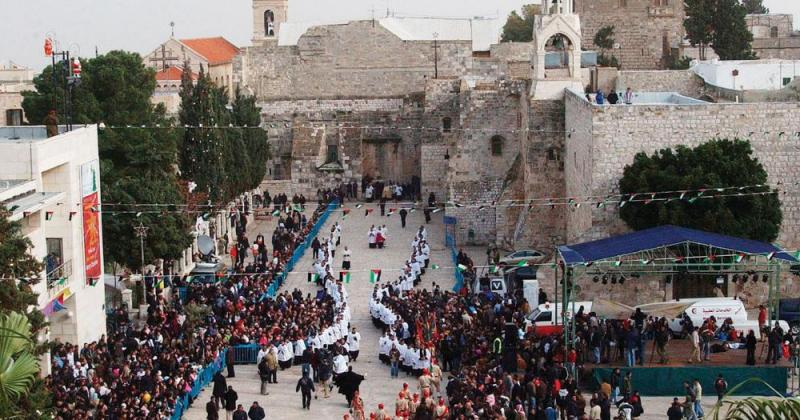