In the silence of the night God acts

We have already entered the strong time, the Advent. It is a very special time in which we are called to contemplate the mystery of the Incarnation, in the splendor of the full moon night in which the Son of God becomes flesh and has chosen to become one of us, to dwell among us! This is wonderful and comes out of our small capacities to fully understand this event. If we knew it fully it would no longer be mystery!

Also here at Gethsemane God manifests the mystery of divinity in our humanity. What intrigues and fascinates is God’s way of doing, his action. In both icons, that of the Incarnation and here, in the Garden of obedience, there are paradoxes: God, the Creator of all, acts, but he does it in silence. The men, the "powerful" of this world, do not realize it, but the creation, the star and some pagan wise men, come to 'bend' to contemplate the coming of the King Messiah. And again: King Herod and other ‘wise’ men remain in their monotonous and 'frost' daily life, while some insignificant little shepherds move in the cold of the night with a light of angels that inhabits them and moves them inside and repeats to them: "You will find a Child, the Savior of the world" (Luke 2:12ff).

Everything for them, on the outside, seems the same, but what moves them inside is different: it is an inner fire that comes from God! We could continue with the example of Mary and Joseph, of Elizabeth and Zechariah, of Simeon and Anna. All this tells us the way God the Father chose to ‘write' history in humanity once and for all. The Most High has chosen to carry out his plan of salvation and does so in hiding and silence. He wanted it and he can! In his own words we can say that he wanted it so "to confound the wise and to reveal himself to the little ones" (Mt 11:25).

In this month, in our prayer, in the adoration of Him, we contemplate as here, in Gethsemane, that "YES" of Jesus to the Father took place in "solitude" and in hiding. It is the same way used in the other mysteries! Here in Gethsemane, even his Apostles mysteriously slept… But the love of the Lord does not stop, "Great waters cannot quench love" (Song 8:7). This is the Garden of obedience! For this reason, we are convinced that even now the Lord is still looking for other children who can repeat with him the "yes", in order to carry out his plan of salvation.

Let’s help him out! Happy way of Advent and Merry Christmas! 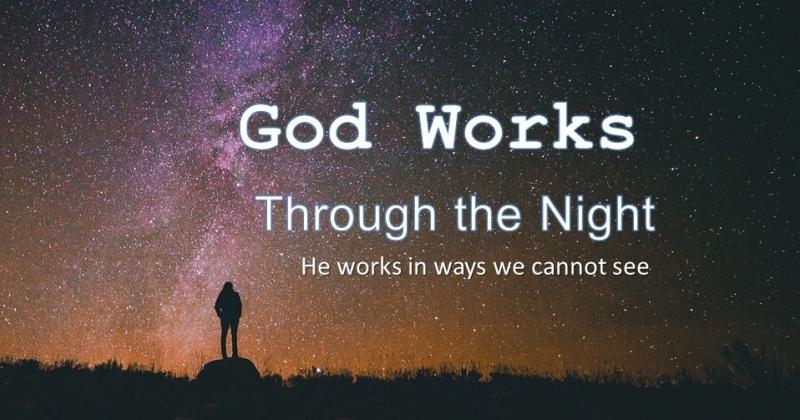