People provide services to humanity in various fields namely, military, spiritual, social, and health among others.

Soldiers serving in the army are those who dedicate their lives and future in the defence of their country. Soldiers are classified as people of honor who abide by the trust given to them by their people and leaders to maintain safety at home and facilitate a smooth progress towards prosperity and continued achievements.

On the other hand, Christian clergy are God's soldiers on Earth who also dedicate their lives to instill the Holy Bible's teachings which call for love, peace, common living, and brotherhood. They are an instrument used by God for the salvation of souls.

It is a dramatic change that affected her life the moment the Lord touched her heart and showed her that it is important to save souls as it is the case to defend one's country. The beauty of the Lord enthralled her and made her take a U-turn changing the course of her life to be a soldier in the "Lord's army of salvation, purity, love, and forgiveness." She made her mind to stand in every nook and cranny of the world to disseminate the Holy Bible's message of love and harmony.

Sister Maris Stella of the Sisters of Life in New York told Catholic News Agency, "I served in the navy and I tasted many of the good things that this world had to offer. But I knew my heart was made for something more.”

Her military career began at the U.S. Naval Academy in Annapolis, Md., which has an acceptance rate of just 8 per cent. After studying for four years, she served for five more. Her service journey began on a destroyer as a gunnery officer. She spent hundreds of days off the coast of South America in pursuit of drug traffickers. Afterward, she worked in Naples, Italy, as a liaison officer.

"Yes” to serving the Lord

She later said “yes” to serving the Lord.

“When I met the Sisters of Life, I couldn't believe that their charisma existed in the Church and in the world. It was everything in my heart, being lived out in a joyful way. The day after my First Communion, I consecrated my life to Lord Jesus through Mary. The Blessed Mother, she won my vocation, she has protected my vocation, and she has cared for me my whole life.”

Sister Stella has thus became an active  member of the Sisters of Life in New York  who dedicate their lives to offering support and resources to pregnant women and mothers, hosting retreats, evangelizing, practising outreach to college students, and helping women who suffer after abortion.

Actually, no matter how people make successes and achievements in mundane life, they still miss an important part of their lives, namely the spiritual aspect. Hearts devoid with the noble divine teachings are heart that needs the Lord's tender touch that instills merciful and compassionate approach to the needs of humanity.

Women clergy  provide nonpareil services to humanity for apart from their noble attitudes towards the societies where they live, for as they try to emulate Blessed Mary love and dedication to the people who ask Her mercy, they provide service in the fields of healthcare and teaching among others. On top of everything, they exude the mercy and love of Lord Jesus Who died on the Holy Cross where His suffering became an instrument of salvation. 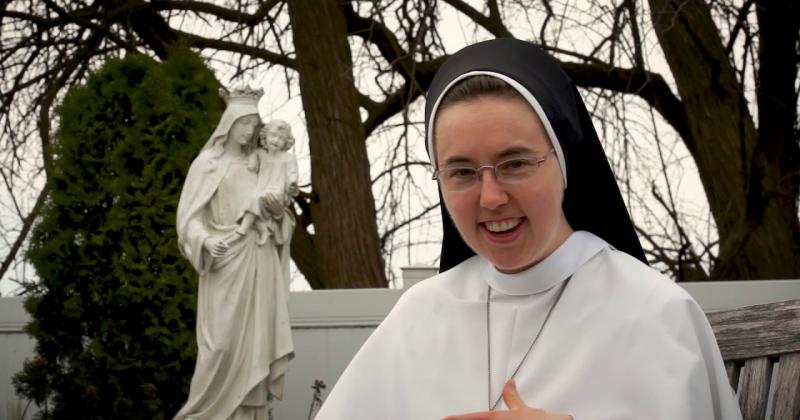