As the hands of the clock move and its ticks are heard repeatedly, an implicit announcement is made marking the end of the year 2021 and the emergence of the glaring rays of the sun of the new year, namely 2022.

The year 2021 left behind sufferings and pains that are sometimes incurable resulting from the Corona pandemic and its variants as well as the ramifications of the disease represented by unemployment, poverty, violence, and despair in addition to wars and forcibly displacements that result in economic and social hardships.

With the turn of a new year, the world peoples aspire to overcome the world by turning miseries into hopes and letting the sun of love outshine gloominess and hopelessness.

It is a world full of endless debacles caused by human malpractices. People ponder day and night on means to overcome these endless mundane problems through patience, hard work, and dedication. Yet, the ultimate outcome is that normal people face a total fiasco as the world overcomes them no matter how much effort they exert in this regard.

There is a saying "Overcome the world hand-in-hand with the Saviour of the world". The only Person who overcame the world and miraculously healed the sick, raised the dead, stopped the winds, freed people from satanic influences, and ultimately rose from the dead is Lord Jesus Christ.

In the Holy Bible, there is a firm commitment by Lord Jesus giving assurances to those who believe in Him that He stands by them regardless of anything because He overcame the world. “I have told you these things, so that in me you may have peace. In this world you will have trouble. But take heart! I have overcome the world.”(John 16:33)

When Lord Jesus prepared to leave our world, He knew that difficult days lie ahead for His disciples and for all those who believe in Him. So, He wanted them to be ready for the most challenging times they would ever face. He made a firm reassurance by saying: “I have told you all this so that you may have peace in me. Here on earth you will have many trials and sorrows. But take heart, because I have overcome the world” (John 16:33).

Amid the storms of life in a dark and fallen world, the disciples could not depend on themselves to survive the trials and persecution they would soon endure. Instead, they would have to rely entirely on Jesus and everything He had taught them while living and ministering with them.


Lord Jesus overcame the world by giving His followers the peace they need to overcome their troubled hearts. He said, “Peace I leave with you; my peace I give you. I do not give to you as the world gives. Do not let your hearts be troubled and do not be afraid” (John 14:27).  Actually those who believe in Jesus Christ will not live with anxious hearts but rather experience the gift of His otherworldly peace.

It is important to remember that Lord Jesus Christ’s victory over the world does not physically free the faithful from the hardships they face in terms of hatred and persecution, because when they  are in the midst of the wind, Lord Jesus does not necessarily stop the wind but rather protects them while they are in this grave situation. In other words we overcome the world because we belong to Lord Jesus Who is greater than anyone in the world.

It is also important to note that despite death is an inevitable reality for all people, but for believers in Jesus Christ, death means victory for as Lord  Jesus overcame the world by conquering death, and He shares that victory with all those who repent and believe in Him as Lord and Savior.

When the believers in Lord Jesus are in the midst of a horrible storm, Lord Jesus does not stop the storm, but rather protects them while they are in the storm.

It is time to welcome the new year 2022 with hope that all the mundane hurdles will easily be overcome and we can overcome the world when proceeding hand-in-hand with the Saviour of the world. 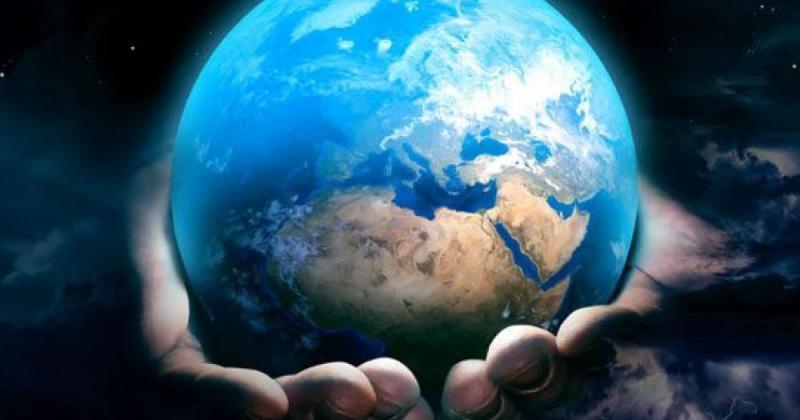