Marriage is a divine blessing

His Holiness Pope Francis has released his prayer intention for the month of June 2021, by inviting the faithful everyone to pray for those preparing for marriage.

Stressing that getting married and sharing one’s life is something beautiful, he said, “On this life-long journey, the husband and wife aren’t alone, Jesus accompanies them.”

In his dedication, the Pope asserts implicitly that marriage, one of the Holy Church Sacraments, is definitely and strictly between man and woman, thus becoming husband and wife. This holy union is a divine blessing which marks the start of a new life and goes hand-in-hand with the emergence of children, namely a new generation blessed by a holy union. No matter what difficulties can a married couple find in life, Lord Jesus comes in due time and helps remove all impediments and obstacles that lie in the way. It is to be pointed out as well that a same-sex union contradicts the nature and purposes of marriage because it cannot achieve the natural purpose of union, that is, to cooperate with God to create a new life.

The Holy Bible says, “A man leaves his father and mother and is joined to his wife, and the two are united into one.” (Ephesians 5:31)

While the Pope invites Catholics to pray for young people preparing for marriage with the support of a Christian community, it is important to note that the Pope’s dedication of prayer intention for the month of June, for those preparing for marriage comes in time, as people have over the past decades drifted away from tying the knot and avoided fulfilling the will of God by restoring to illicit relations that contravene the rule of life and wreak havoc on societies.

The Catholic Church has been an ardent supporter of marriages based on the teaching of the Holy Bible since it is currently marking the “Special Year of the Family”, which kicked off on 19 March 2021.

The relevant and firm position unveiled by the Catholic Church serves as a means to alleviate humanity from being scuttled by deviant behaviors that have adverse impacts on the future of humanity. It is worthy to underline the fact that it is not licit for priests to bless same-sex marriages, and this kind of union is absolutely rejected. Marriage is one of the Church sacraments. It enjoys divine blessings while serving as the basis for sound and healthy societies. Any practice deviant from this is merely sinful that acquires divine wrath and leads to undermining the bases of viable societies.

This unwavering position is strongly corroborated by the first miracle performed by Lord Jesus Christ. He was at a wedding in Cana of Galilee in the company of His Mother, Blessed Mary. The Holy Bible states that "On the third day there was a wedding at Cana in Galilee, and the mother of Jesus was there. Jesus also was invited to the wedding with his disciples," and during the wedding, Lord Jesus performed his first miracle by changing water into wine. (John 2:1-11) This miracle serves as a firm endorsement that marriage between man and woman is divinely blessed.

The Congregation for the Doctrine of the Faith stated on Monday, March 15, that the Church does not have the power to bless same-sex unions, for such blessings, therefore such 'union" cannot “be considered licit”.

The Holy See has further elucidated its firm and unwavering position on the issues relevant to the validity of marriage. This position was never violated nor invalidated because it is based on the non-variable teachings of the Holy Bible. It is rooted in God’s plan for creation and is woven deeply into the human spirit. The Church’s teaching on marriage expresses a truth that has also been confirmed by divine Revelation in the Sacred Scripture.

The Catholic Church has been firm and outspoken in steering the world towards blessed and healthy lives by keeping sinful behaviors at bay.  Honorable life lies in adhering to the will of God which is reminiscent of the Holy Bible’s verse, “In all your ways submit to Him, and He will make your paths straight.” (Proverb 3:6) 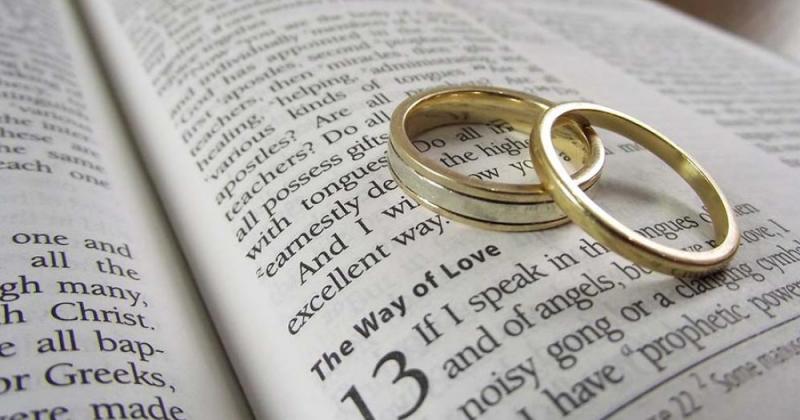