Let us rid the world of the threat of nuclear war

In his address at the UN General Assembly to commemorate and promote the International Day for the Total Elimination of Nuclear Weapons, Holy See Secretary for Relations with States Archbishop Paul Richard Gallagher noted that this global observance "is an occasion to impress on the world, and particularly on the leaders of nuclear-weapon states, humanity’s insistent demand for the elimination of nuclear weapons and this forum’s many pledges to rid the world of the threat of nuclear war."

This  remark is felicitous as some third world  countries have been striving to acquire nuclear weapons, while other that own such destructive  weapons are still striving to upgrade their capabilities in this regard unaware of the potential danger they may cause to the world including the environment.

Reflecting on the position of the Holy see in this regard with regards to the adoption of the Treaty on the Prohibition of Nuclear Weapons four years ago, Archbishop Gallagher added: "The Holy See is grateful to those states that have signed and ratified the treaty, and it encourages reluctant states to join this important agreement."

It is regrettable that the establishment of the United Nations on the heels of World War II, which was aimed at ensuring global security and stability, failed to curb the prevailing arms race and the development of destructive weapons.

The first is the policy of deterrence, began Archbishop Gallagher. He explained that this "drives the arms race and generates a de-humanizing technological environment that sustains and aggravates mistrust among nations."

The need to cut down on unnecessary military expenditures on weapons of mass destruction is quite  exigent and is in the interest of humanitarian needs  as such funds are quite necessary to be spent on combating the adverse climate changes that impact all walks of life, at a time when the new generations should be felt assured and saved from the scourge of wars which bring devastation and sorrow to mankind.

August 6-9 period commemorates the 76th anniversary of the U.S. nuclear bombings of Hiroshima and Nagasaki marking the end of World War II. On this anniversary, the world remembers the tragic outcome of using nuclear weapons that have adverse effects on humans, nature, and the world at large.

His Holiness Pope Francis has all the time been an outspoken opponent to the proliferation of nuclear weapons. It is to be remebered that during his historic visit to Hiroshima and Nagasaki in 2019, the Pope declared that "the use of atomic energy for purposes of war is immoral, just as the possessing of nuclear weapons is immoral," and added that the world "must never grow weary of working to support the principal international legal instruments of nuclear disarmament and non-proliferation, including the Treaty on the Prohibition of Nuclear Weapons."

Furthermore, in his 1976 World Day of Peace Message, Pope Paul VI also described the atomic bombings of Japan during World War II as "a butchery of untold magnitude."

It is an acceptable fact that the possession of nuclear weapons is immoral and not acceptable in a world that has become weary of military conflagrations that inflict irreversible damage in various parts of the world.

Resorting to nuclear weapons in wars must be branded as an arbitrary crime that can simply be referred to as a means designed to end this dear life, which Lord Jesus offered to all the people whom He loves. It is rather manipulated by world leaders who proudly compete to regularly tamper with this precious divine gift.

In the wake of the widespread global Corona threat, world countries are suffering from galloping disasters caused by endless wars which boomerang in the form of unemployment, poverty, hunger and diseases. So, it is imperative not to waste money on wars but rather to invest funds on useful projects that help alleviate the peoples’ suffering in all fields mostly in the fields of food production, unemployment, and healthcare by launching sustainable industrial and agricultural projects. 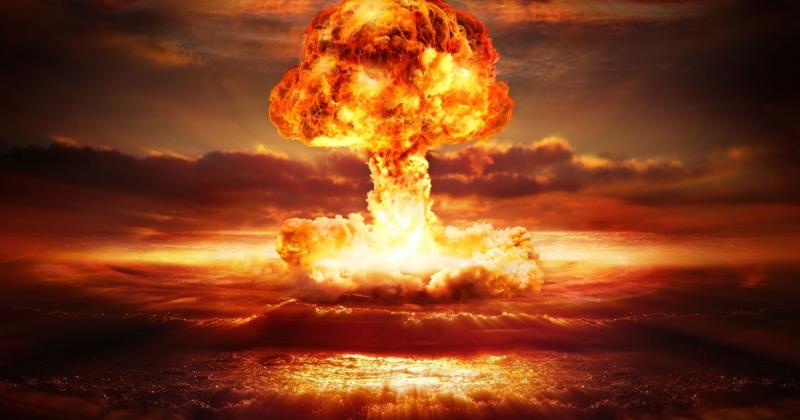