At last Sister Gloria is released... may Lord Jesus' blessing overwhelm all clergy

Four years have passed with Franciscan nun Sister Gloria Cecelia Narvaez living in captivity. She is finally freed in good health and in sparkling good spirits. Sister Gloria was abducted by extremist gunmen, on February 7, 2017 at Koutiala, close to the border with Burkina Faso, 400 kms from the Capital of Mali. She was held for four years and eight months in captivity.

On Sunday, October 10, Sister Gloria was greeted by Pope Francis. Their meeting took place before the celebration of Holy Mass for the beginning of the Synodal process in St. Peter's Basilica.

What a day of joy and jubilation which marked the announcement that Colombian born Franciscan Nun Sister Gloria Narvaez is finally free which marks an end to dark days and suffering. She demonstrated immense courage, faith and fortitude inspired by Lord Jesus Christ Who accompanied her throughout her ordeal, blessed her, and ensured her safe release.

Sister Gloria was physically incarcerated, yet her spirit was free hovering in the company of Lord Jesus Christ Who maintained her company all the time and brought to her solace and peace.

This is not the first time that the clergy in the Christian Church are subjected to kidnapping or harm. Fr. Gigi Maccalli was released after two years of imprisonment in the hands of extremist kidnappers, where he was abducted in September 17, 2018 during a mission in Niger.

Another recent event to recall is the release of Indian priest Fr. Tom Uzhunnalil who was abducted in March 2016 when four unidentified gunmen attacked a care home in Yemen’s southern port city of Aden, killing four Indian nuns and two Yemeni.

Furthermore, on the day July 26, 2016 Fr. Jacques Hamel was brutally slain while celebrating Holy Mass and pointing his testimony for Lord Jesus when two armed gunmen stormed his church in Saint-Etienne-du-Rouvray in Normandy, France. In the attack, Fr. Hamel’s throat was slit and the attackers were identified as extremists. Fr. Hamel was martyred in cold blood while he was holding the Holy Communion. He was martyred while he was praying for global peace, harmony, and common living

The attacks conducted repeatedly on priests and nuns are subject to utmost denunciation and rejection. They are crimes against humanity or rather they are crimes against  “priests who become instruments of salvation for many, for all," according to the statement made by Pope Emeritus Benedict XVI in his Angelus prayer, on July 26, 2009.

On February 6, 2016, Pope Francis addressed the priests on the occasion of the Jubilee for Priests saying, “The priest is the sign and the instrument of God’s merciful love for the sinners.”

The spiritual aspect in one's life is of prime importance regardless how much progress and achievements are attained because no matter how powerful and influential people are, they are still impotent as they still seek divine power that guides them in their lives.

In all moments of life, people resort to pious people who are glorified through their august deeds in the service of the Lord, namely 'the priests' who are the Almighty God's instrument for the goodness of people and the salvation of souls.

In reference to priests it is important to note this verse, “You did not choose Me but I chose you, and appointed you that you would go and bear fruit, and that your fruit would remain, so that whatever you ask of the Father in My name He may give to you.” (John 15:16)

Priests and nuns are highly venerated in all societies for the divine services they provide to people that satisfy their spiritual needed. We owe to them respect, appreciation, love, and care.

As they dedicate their lives to reveal the way to the Prince of Peace, Lord Jesus Christ, we pray for them saying:

"O Lord Jesus, keep your priests and nuns within the shelter of Your Sacred Heart, where none may touch them. Keep unsullied their lips, daily purpled with your Precious Blood. Keep pure and unearthly their hearts, sealed with the sublime mark of the priesthood. Let Your holy love surround them and shield them from the world's contagion. Bless their labors with abundant fruit and may the souls to whom they minister be their joy and consolation here and in heaven their beautiful and
everlasting crown."  Amen

The release of Sr. Gloria is a source of jubilation. May the Lord bless her ad bless all the nuns who dedicate their lives in all their fields of work in the service and progress of societies. 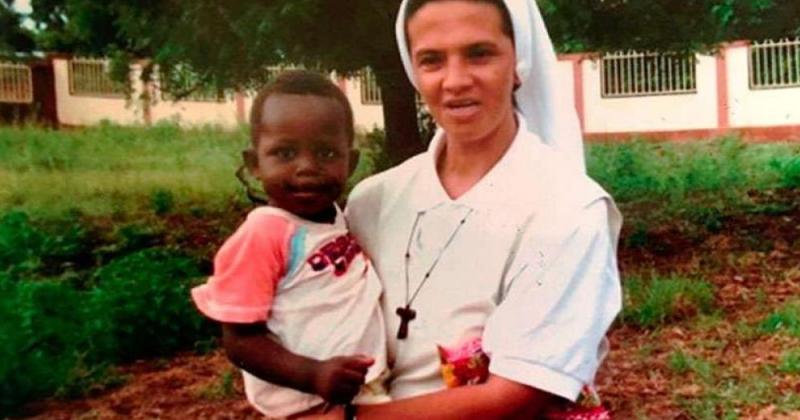