The failures of the human race have no limits, and the more "civilization" progresses, the more the failures are diversified and the greater the number of people who excel in them using everything new and brilliant.

From the beginning of creation, man has committed one offense after another, of all kinds and colors, and has deceived his brothers or his entourage in an attempt to find position, status, or wealth. The brother killed his brother, the son denied his father, and the friend betrayed his friend.

Be confused, oh son of Adam! You represent good as evil and evil as good, and your conscience wakes up only when you discover it, when it is too late.

How brilliantly you justify the crimes your hands have committed and the major sins you have fallen into, hypocritically pleading and manipulating the feelings of others, lying to the point of believing yourself and playing a game of charlatans until you falsehood becomes reality. Convincing yourself of falsehood is the worst, most effective and deadly form of hypocrisy.

How ungrateful you are, oh man, denying the favor, throwing a stone into the well from which you drank and breaking the hand that extended you and led you out of darkness or out of misery.

Arabic literature has been full of sayings and judgments about the ungrateful, who deny the truth despite being sure of it, deny the beautiful despite its presence, deny what is good and beautiful, because their sick soul orders them to do. evil. Alexander Dumas was right when he said that some facts are so great that they can only be paid for with their denial. With ingratitude.

Gratitude for kindness, loyalty, honesty, and transparency figure prominently in our popular culture, just as denial of favor, betrayal, hypocrisy, and poisoned honey are indulged in it. The literature of our country, as well as that of the entire world, is full of stories and narratives about people who showed gratitude for those who did good to them, as opposed to people who betrayed those who had supported them in calamities.

Worst of all are people who claim to belong to a so-called culture of gratitude and who adorn their speech with words that reflect sophistication and belonging to a high-level value system, while thinking and acting contrary to what they claim.

They are the hypocrites who poison honey without remorse and make those who believe them share in it until they are satisfied with it, to the point of being destroyed.

The biography of the Master, in all that he said and did, is full of war against ingratitude, hypocrisy and cases of poisoned honey, and those who have studied the Holy Gospel are fully aware of this fact. The problem is that there are those who are aware of such strategies and avoid such practices in their lives. However, there are also others who are aware of them and stand out for violating the teachings of the Incarnate Master. The latter find that there is profit for them by engaging in such practices, so they persist in their error.

I hear the Master say to the hypocrites. Woe to you, teachers of the law and Pharisees, hypocrites! They clean the outside of the glass and plate, but inside they are full of greed and complacency. You blind Pharisee! First clean the inside of the cup and the plate, and then the outside will also be clean (Mt 23: 25-26). The houses of such are desolate for them.

How many diligent people are there who encapsulate falsehood with pretentious rhetoric that shows the opposite of what they harbor? What is worse than telling the truth that harbors falsehood? Such are the ones who justify their actions with hypocrisy while standing out for begging the public to believe in them. We are at the height of hypocrisy. We find hypocrites roaming the community, sowing deception and poison.

How right Gibran Khalil Gibran, son of the cedars, was in expressing the secrets of his inner soul when he wrote: "To those who affirm that the Truth that I write is poisoned honey hidden behind a thick veil, I say that I do not poison honey . Rather, I pour the poison on their nakedness, in clean and transparent glasses."

Our countries will not emerge from the era of slavery, subjugation and dependency if our peoples do not manage to say aloud what they harbor within, that is, they reject hypocrisy. Only then will you come to know the Truth and the Truth will set you free. 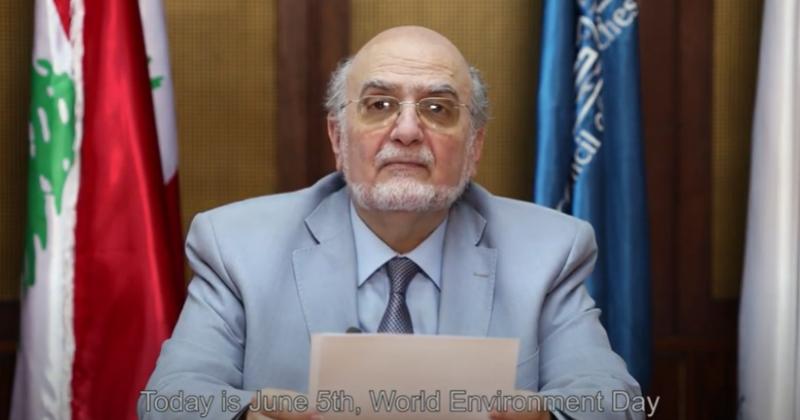