"Fraternity" is the clue to global peace, harmony

Persecution is the word that has been associated with Christians since the emergence of the dawn of divine salvation, namely the birth of Lord Jesus Christ. Persecution is something from which we should neither run nor if it happens, and we should rather abstain from holding our head low, simply because it is a clear sign that we are following in the footsteps of our Master and Lord.  With persecution, we are moved more forcefully and deeply united to Christ.

As a baby, Lord Jesus Christ was the first to suffer from persecution for according to the Holy Bible, "Joseph is warned by an angel in a dream to take Jesus and Mary to Egypt to escape King Herod’s wrath. They escape by night, just before Herod orders the murder of all baby boys born in and around Bethlehem during the last two years. (Matthew 2:13-18)

The persecution of minorities, including Christians, has been alive and well throughout the ages.  It has happened in every time and in every culture and it continues to be alive today.  So what do we do with that?  How do we respond? Lord Jesus Christ made it clear that persecution is going to be a part of the Church and that the faithful should not be surprised when this happens.

For his monthly prayer intention for January 2022, Pope Francis dedicated a video for those who suffer religious persecution. He dedicates his first prayer message of 2022 to combating religious discrimination and persecution, reminding us that religious freedom is not limited to freedom of worship, but is tied to fraternity.

He says, “How is it possible that many religious minorities currently suffer discrimination or persecution? How can we allow that in this society, which is so civilized, there are people who are persecuted simply because they publicly profess their faith Religious freedom is not limited to freedom of worship—that is to say, that people can have a worship service on the day prescribed by their sacred books. Rather, it makes us appreciate others in their differences and recognize them as true brothers and sisters. As human beings, we have so many things in common that we can live alongside each other, welcoming our differences with the joy of being brothers and sisters. And may a small difference, or a substantial difference such as a religious one, not obscure the great unity of being brothers and sisters. Let us choose the path of fraternity. Because either we are brothers and sisters, or we all lose."

The Pope touched on a key issue that serves as a panacea for the elimination of persecution. It is fraternity. He questioned, “How can we allow that in this society, which is so civilized, there are people who are persecuted simply because they publicly profess their faith? “How is it possible that many religious minorities currently suffer discrimination or persecution?” It is mainly the path of fraternity.

THE PATH OF FRATERNITY

Pope Francis said, “Let us choose the path of fraternity. Because either we are brothers and sisters, or we all lose.” In his encyclical "Fratelli tutti", he addressed people of good will, who populate the earth inclusively, with the hope of reaching to each and every one with them with the aim of conveying a message of "fraternity and social friendship. The central theme of the papal letter reveals that our common belonging makes us brothers and sisters.

The Pope message to attain fraternity and social friendship was manifested in the "Document on Human Fraternity for World Peace and Living Together" signed by Pope Francis and Grand Imam of Al-Azhar Sheikh Ahmed el-Tayyib on February 4, 2019 in Abu Dhabi. It was born of a fraternal open discussion between them, and it was meant to be a guide for advancing a culture of mutual respect.

Furthermore, on the need to heal the wounds of humanity, Pope Francis stressed in his address to the diplomatic corps accredited to the Holy See, on Monday January 10, 2022, the Church’s impartial passion for humanity, especially wounded or humiliated humanity. His commitment to building bridges between different people, cultures, and religions is increasingly emerging as a distinctive feature of his pontificate.

Pope Francis has over the time made invaluable gestures and moves towards the entrenchment of global peace and brotherhood. We stand humbled by his perspicacity and heroic moves, and cannot help feeling that this encomium is inadequate to extol his global sublime role. 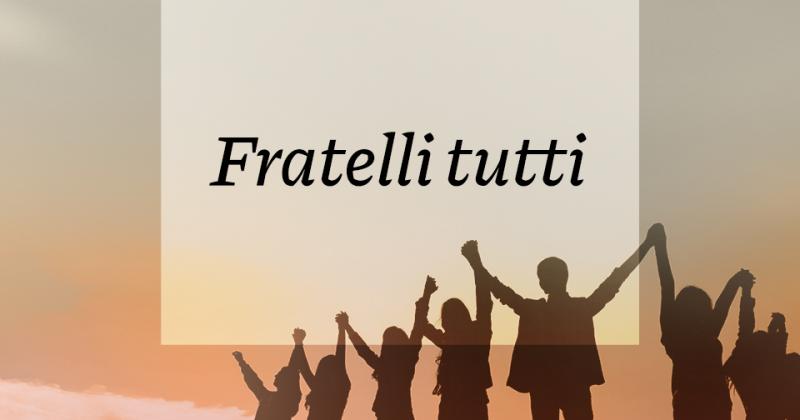