Christian Syrians... help them before it is too late

Reports have  repeatedly shed light on the deteriorating situation of Christian Syrians which covers all walks of life. They are living in a situation where they are between the anvil and the hammer for if they stay in their country they will continue to suffer from desperation, while if they emigrate they will definitely face the hardship of starting a new life that requires continued preparations and efforts  to comply with the conditions of the new life.

Greek Melkite Archbishop of Homs Jean Abdo Arbach describes the situation in Homs saying, “When I returned to Homs, I couldn’t visit the archbishopric because it was still under siege. The first time I was able to enter the diocesan compound was on May 9, 2014 . By that time the city of Homs had been completely destroyed, all the houses had been razed to the ground and there were only 20 Christians left in the whole city."

He pointed out that education is at risk as children no longer go to school, and they are forced to work to integrate their families income so they can eat. In addition, there is also the fact that most schools have been badly damaged and few have been rebuilt. He questioned, "What will become of these children later if they don't have access to education? This is very dangerous.

A bird's eye view on the situation of Christian Syrians is depressing and saddening  at a time when reports indicate that three-quarters of Christian Syrians have left their homeland as their number dropped from about 2.2 million people to about 500,000 people. Furthermore, the major part of Christian Syrians who remained in their country is internally displaced as they moved to coastal regions. Viewing the Christian population in Aleppo, it stands now at almost 30,000 people dropping from a total of 300,000 which is marked by long queues of people seeking food and medicine.

The Syrian Christians suffer from a real via crucis of poverty and marginalization which makes them contemplate leaving their homelands where the economic and political situation is not promising. It is also dolorous to take note that the attrition of Syrian Christians is proceeding at a high rate and that if it continues as such, Syria will be bereft of its valuable Christian component thus leaving an irreversible damage.

The attrition of Syrian Christian communities in the region does not have a foreseeable end. Reversing the trend may require having immediate undertaking of tangible steps that ensure the safety and security of Christian Syrians as well as well as to adopt measures that rectify the current situation by launching projects that fight unemployment and help create a better future by lubricating the wheels of economy. Christian Syrians are very important for the whole of society as they are like a window to the world, with their universal spirit, open to the world.

On the 10th anniversary of the start of the Syrian war Syriac Catholic Archbishop of Damascus John Jihad Battah appealed for refugees to return home. He said, “We want our Syrian people to return to Syria.”

His Holiness Pope Francis never forgot Syria as since the beginning of the conflict, he often kept recurring a phrase in his appeals which has become famous: "Beloved and tormented Syria". Marking Christmas and new year celebrations 2021, His Holiness Pope Francis delivered his Urbi et Orbi message given at midday in Saint Peter's Square, during which he addressed the situation in Syria. He said, "Let us think of the Syrian people who have suffered from a decade of war which led to numerous victims and exorbitant numbers of displaced people."

On March 14, 2021, Pope Francis in his Sunday Angelus said the decade-long conflict “has caused one of the greatest humanitarian catastrophes of our time.” Noting that the war has caused “an unknown number of dead and wounded, millions of refugees, thousands of disappeared, destruction, violence of every kind and immense suffering for the entire population, especially the most vulnerable, such as children, women and the elderly,” he  urged all parties involved in the war “to show signs of goodwill, so that a glimpse of hope can open up for the exhausted population.”

Apostolic Nuncio in Damascus Cardinal Mario Zenari has repeatedly warned against the deteriorating situation in Syrian Christians.  He said, "I must assure you that Syria is far, far from being forgotten by Pope Francis. Syria remains in his heart, and I can interpret him saying that as soon as the circumstances allow, certainly the pope will visit Syria,” Zenari said

On the 10th anniversary of the start of the war in Syria, he said, "Both Christian and non-Christian diplomats alike have praised this visit to Iraq a lot, and some of them asked, when is the Pope coming to Syria?'” he added, “I must assure you that Syria is far, far from being forgotten by Pope Francis. Syria remains in his heart, and I can interpret him saying that as soon as the circumstances allow, certainly the pope will visit Syria.”

It is important to note that Perfect of the Congregation for the Oriental Churches Cardinal Leonardo Sandri paid  a 10-day visit to Syria on October 25-November 3, 2021. This  visit served as a sign of closeness, sympathy, and support for the Syrian people who have been suffering from civil war, violence, displacement, unemployment, and rocketing prices of commodities.

Furthermore, Aid to the Church in Need (ACN) has funded $5.6 million worth of projects in Syria and Lebanon to help the local Christian communities face increasingly difficult conditions. A large proportion went to projects related to construction and restoration, or education and religious formation, with much support also for rent and basic food and medical assistance. Without programs such as these, there is a serious risk of Christians leaving the region for good. On the other hand, Catholic charity Caritas Internationalis has launched a campaign to help children in Syria with much needed medical, humanitarian, and educational resources.  The charity’s “Tomorrow is in our hands” campaign sought to bolster educational opportunities for Syrian children after the COVID-19 pandemic pushed 50 per cent out of the education system.

It is highly important under such bitter circumstances to consider Pope Francis’ encyclical "Fratelli tutti" which calls for addressing all men and women of good will, who populate the Earth inclusively, with the hope of reaching to each and every one with them with the aim of conveying a message of "fraternity and social friendship".

The world population needs to read in depth this encyclical, to grasp the ideas expressed in it, as well as view it in its capacity as setting the bases for creating societies that promote fraternity and social friendship, which consequently ensure permanent posterity and well-being.

A Prayer dedicated to Syria

Lord Jesus Christ, source of all compassion, the promise of your mercy and saving help fills our hearts with hope. Hear the cries of the people of Syria; bring healing to those suffering from the violence, and comfort to those mourning the dead. Empower and encourage Syria’s neighbors in their care and welcome for refugees. Convert the hearts of those who have taken up arms, and strengthen the resolve of those committed to peace. Amen. 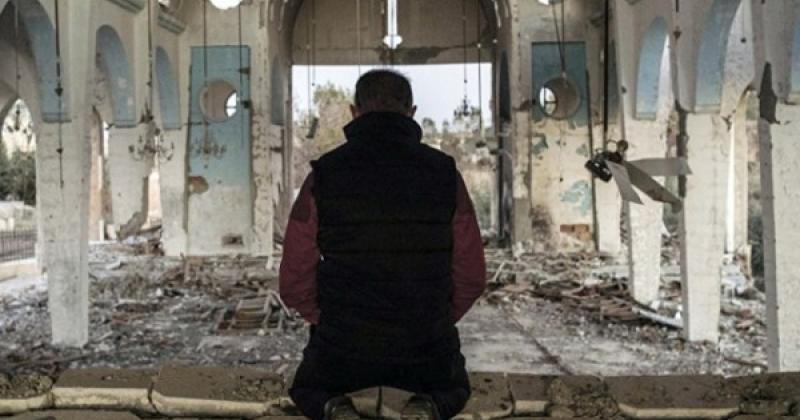