The Catholic Church… a divine message with blessed fruits

The Catholic Church is growing in spite of the difficulties arising in current world affairs, which are rampant with violence, wars, instability, and foremost of which is persecution.

No matter what obstacles stand in the way, the Catholic Church is growing fast and people are coming to realize that faith is the only way leading to the elimination of diseases, facilitating life, instilling permanent peace, and ensuring a happy life with the Prince of Peace.

The Catholic Church will continue to flourish and grow. This fact is based on Lord Jesus’ promise addressing St. Peter saying, “And I say also unto thee, that thou art Peter, and upon this rock I will build my church; and the gates of hell shall not prevail against it."

This is an explicit  divine assertion that no matter what, the gates of hell can never undermine the message of the Church which is based on a firm and unshakable rock of faith in the message of salvation as unveiled by the Lord.

A recent press reports have indicated that an ordination of five deacons has taken place in the Cathedral of St. Francis Xavier in Dinajpur, in northern Bangladesh. With a small Catholic community numbering some 500,000 faithful, 26 deacons became priests in 2020.This is the highest number in the history of the Catholic Church in Bangladesh.

In the Holy Land, Latin Patriarch of Jerusalem His Beatitude Pierbattista Pizzaballa presided at the ceremony of the Rite of Ordination to the Diaconate of 14  Salesian seminarians, in the Church of All Nations in Gethsemane on June 12, 2021. Furthermore, On June 2, 2021, at the Domus Galilaeae international center on the Mount of Beatitudes, Patriarchal Vicar in Nazareth Fr. Hanna Kildani presided over the institution of two new lectors, four new acolytes and a newly admitted candidate to the orders.

In the United States, twin seminarians Luke and Ben Daghir have followed one after the other into the priesthood, and Fr. Matthew Breslin, who was ordained May 29,  2021 has imparted a first blessing on Sr. Mary Strength of Martyrs, his natural sister.

These priests  and consecrated people have been honored to be chosen by the Lord to preach the Holy Gospel and to serve the Church. This is a nonpareil honor that anyone can have. It is a message to serve the Lord and to spread the message of love and peace as explicitly expressed in the Holy Bible.

In a changing world, the Catholic Church is the first global institution that has enormous global and moral applications that affect various mundane affairs. It suffices to refer to the nonpareil positive role played by the Catholic Church in the affairs relevant to the situation in South Sudan, Iraq, and the African continent.

With estimates that two-thirds of the world’s Catholics live in Africa, Asia, and Latin America, the Catholic Church will always remain as the reassuring reference for the attainment of global peace, the elimination of conflicts, as well as the last resort in times of trouble. 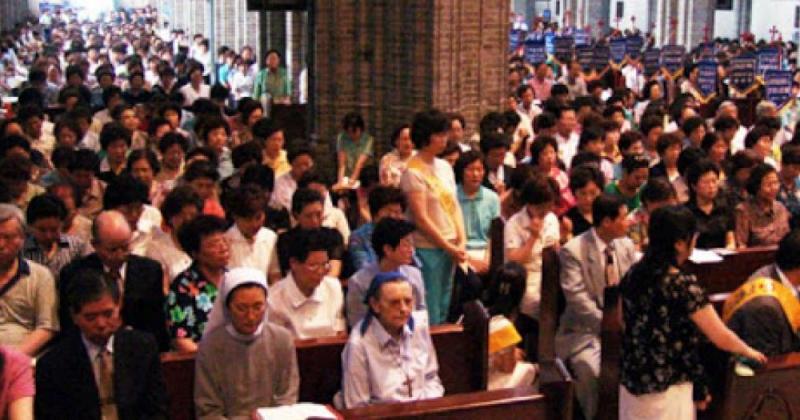