August 6 marks one of the major events in the message of divine salvation, namely the Transfiguration of the Lord Jesus which is mentioned in detail in the Holy Bible.

The Transfiguration of the Lord is the glorification of the human body of Lord Jesus. On this occasion, His body underwent a change in form, a metamorphosis, so that it shone as brightly as the sun. At the time of the Transfiguration, Lord Jesus' earthly ministry was coming to a close as He acknowledged that He was the Messiah.

What is the relevant account given by the Holy Bible? The Holy Bible says,  “Jesus took Peter, James, and John his brother brought them up on a high mountain by themselves, and was transfigured before them. His face shone like the sun, and his clothes became as white as the light. And behold, Moses and Elijah appeared to them, talking with him. A bright cloud overshadowed them; and suddenly a voice came out of the cloud, saying, 'This is my beloved Son, in whom I am well pleased. Hear him!' And when the disciples heard it, they fell on their faces and were greatly afraid. But Jesus came and touched them and said, 'Arise, and do not be afraid.' And when they had lifted up their eyes, they saw no one but Jesus only. (Matthew 17:1-3, 5-8)

The Transfiguration of the Lord provides further evidence that Lord Jesus is the divine Son of God. It is not coincidental that this happened soon after Jesus had acknowledged Himself to be the Christ, the one who left Heaven's glory to come to Earth. Now three of His disciples got a glimpse of that glory.

The appearance of Moses and Elijah with Jesus is highly significant. The name Moses was equated with the Old Testament law that God had given to the people. Jesus came and fulfilled the commandments of the law and did the things the law could not do, that is, to provide an answer for the problem of sin. The law pointed out the problem; and Lord Jesus gave the solution.

Furthermore, Elijah was an outstanding figure in the Old Testament. He was a great prophet and his appearance with Moses on the Mount of Transfiguration testified that Jesus fulfilled the prophets, as well as the law.

In other words, the Transfiguration reflects the glorification of the body of Jesus. Those with Him saw Jesus in His glory. The appearance of Moses and Elijah testified that Jesus was the one of whom the law and prophets spoke. The approving testimony of God the Father further confirmed the identity of Jesus.

The voice of God the Father gave further confirmation of the calling and Sonship of Jesus. He acknowledged that Jesus had pleased Him in the things He had said and done.

It is to be pointed out that the Transfiguration took place on the mountain often referred to as Mt. Tabor which is located in the Holy land.

Marking the Transfiguration of the Lord, it is to be admitted that Lord Jesus will always be with us. He made this promise saying, “And behold, I am with you always, to the end of the age.” (Matthew 28:20) 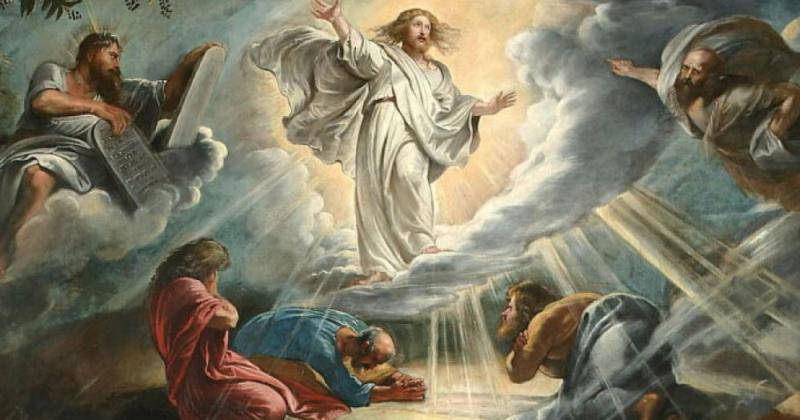